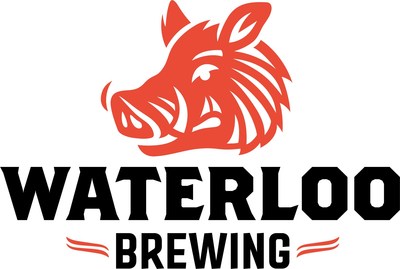 "Winning this three-year contract is tremendous confirmation of the co-pack advantages we're bringing to the market," said Russell Tabata, Chief Operating Officer, Waterloo Brewing. "We have the expertise to produce complex alcoholic and craft beverages with production quality and efficiency that makes good business sense to our partners. Our extensive credentials and capabilities allow our partners to trust us with their valuable brands."

"The compounded annual growth rate of our co-pack business over the last three years is a staggering +29%, off an already significant base", added George Croft, President and CEO, Waterloo Brewing.  "Our investment in top-end packaging, production, people and equipment, all within a significantly expanded brewing facility and warehouse are making us the production partner of choice in beverage alcohol. Our strategic use of capital is paying clear dividends and will so into the near term with our non-alcoholic capabilities coming online in early December of this year."

Waterloo Brewing is Ontario's largest Canadian-owned brewery. The Company is a regional brewer of award-winning premium quality and value beers and is officially certified under the Global Food Safety Standard, one of the highest and most internationally recognized standards for safe food production. Founded in 1984 as Brick Brewing Co., the company was the first craft brewery to start up in Ontario and is credited with pioneering the present-day craft brewing renaissance in Canada. Waterloo Brewing has complemented its Waterloo premium craft beers with the popular Laker brand. In 2011, Waterloo Brewing purchased the Canadian rights to Seagram Coolers and in 2015, secured the exclusive Canadian rights to both LandShark and Margaritaville. In addition, Waterloo Brewing utilizes its leading-edge brewing, blending and packaging capabilities to provide an extensive array of contract manufacturing services in beer, coolers, and ciders. Waterloo Brewing trades on the TSX under the symbol WBR. Visit us at www.waterloobrewing.com