Commenting on Mr. Birch's resignation, George Croft, Waterloo Brewing's, President and Chief Executive Officer stated, "On behalf of everyone at Waterloo Brewing and the Board of Directors, I want to thank David for the significant contributions and leadership he has made during his five-year tenure at Waterloo Brewing, including his efforts over the past year during the Covid-19 pandemic. We wish him the best in his new role at Minto Metals."

The Company has initiated a search for a permanent Chief Financial Officer with the capabilities and qualifications to help accelerate Waterloo Brewing's transformation. Korn Ferry, the world's leading executive search firm, has been retained to support the process.

If a permanent replacement is not in place at the time of Mr. Birch's departure, Waterloo Brewing intends to appoint Chris Elliott, who is currently Director, Corporate Control, to the role of interim Chief Financial Officer. Mr. Elliott has more than two decades of experience operating as an auditor, controller, and corporate finance executive.  George Croft, noted, "Chris' extensive financial experience in the beer and beverage alcohol category and knowledge of the reporting requirements for public companies makes him perfectly suited to take on the interim CFO role for Waterloo Brewing. I know Mr. Birch and Mr. Elliott will be working closely together in the coming weeks to ensure a smooth and seamless transition."

Commenting on the announcement, Mr. Birch noted, "It has been my great privilege to serve as CFO at Waterloo Brewing. I am extremely proud of Waterloo's growth, investments, and financial performance over the past four years.  The organization is very well positioned for long-term success and with the great team of people at Waterloo Brewing I am   extremely optimistic about the future." 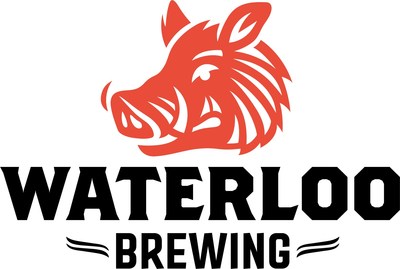