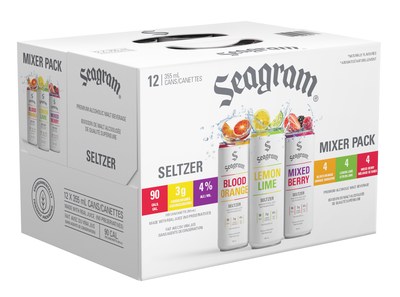 Seagram is getting ahead of summer with a brand-new Seltzer Mixer Pack. Bursting with real fruit juice, this 12-pack (355ml cans) is ready to kick off the season with the slightly sweet citrus of Blood Orange, the perfect balance of tart and sweet of Lemon Lime, and the light, fruity and refreshing taste of Mixed Berry.

Each can is bubbling over with flavour but has only 3g of sugar and 90 calories!

"Summer is coming, and the new Seagram Seltzers will be the perfect way to celebrate. Each thirst-quenching flavour has been crafted with warm weather and patio parties in mind," said Jim Manz, Vice President Sales & Key Accounts. "We hope the mix of light, but bold real fruit flavour will bring a refreshing zip to all your summer gatherings."

Pick up a pack of Seagram Seltzers and start your summer with some fizz.

Waterloo Brewing Ltd. is Ontario's largest Canadian-owned brewery. The Company is a regional brewer of award-winning premium quality and value beers and is officially certified under the Global Food Safety Standard, one of the highest and most internationally recognized standards for safe food production. Founded in 1984, Waterloo Brewing was the first craft brewery to start up in Ontario and is credited with pioneering the present-day craft brewing renaissance in Canada. Waterloo Brewing has complemented its Waterloo premium craft beers with the popular Laker brand. In 2011, Waterloo Brewing purchased the Canadian rights to Seagram Coolers and in 2015, secured the exclusive Canadian rights to both LandShark® and Margaritaville®. In addition, Waterloo Brewing utilizes its leading-edge brewing, blending, and packaging capabilities to provide an extensive array of contract manufacturing services in beer, coolers, and ciders. Waterloo Brewing trades on the TSX under the symbol WBR. Visit us at www.waterloobrewing.com. 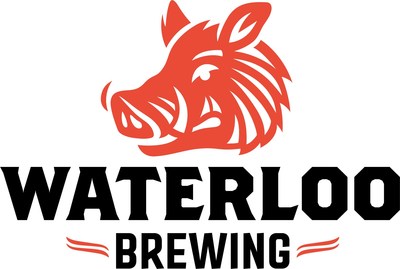